My Experience with Elder Care and Assisted Living

Eighty-four percent of Americans over the age of 50 expect an immediate family member to move into a senior living community within the next 10 years, while 24 percent over the age of 65 expect the same for themselves, according to a new national survey of American attitudes on assisted living released today by the Coalition to Protect Choice in Senior Living (CPCSL). The poll found just more than half (51 percent) expect their parents to live in a senior living community within 10 years, with 15 percent expecting the same for their spouse and 10 percent for a sibling.

I’d like to briefly share the story of the event that started me on this path. I imagine it’s similar to your own in that it begins with an unexpected phone call.

My wife and I had just returned from celebrating our engagement in Greece, and we were sharing stories over bowling with some good friends.

I was the product of a second marriage, and my mom and I had become quite close since my father’s passing while I was in high school. We spoke often, so I wasn’t surprised when my cell phone rang and the caller ID showed it was her.
I was surprised when I answered and it was the paramedics.

Apparently, my mother called 411 asking for my name and phone number as she could not remember it. The operator called 911, and in a matter of minutes, they had arrived, kicked down the door and called me.

My mother had a stroke. I was only 33, and totally unprepared for the depth of emotions, or the complexity of the decisions I was about to face.

That a 73-year old woman had a stroke is not unusual. My mom’s case was unique because of the series of complications that nearly killed her. In the eighteen months following her stroke, she endured major back surgery to remove a staph infection from her spine, a perforated intestine that required stomach surgery, several MRSA infections1 requiring IV antibiotics and a broken hip. She spent several weeks in the surgical intensive care unit recovering from her back surgery. Many of these nights, I feared the worst. But my mom is a fighter.

The medical system these days isn’t designed for long-term recovery. Hospital personnel are highly trained at treating acute problems and dealing with specific injuries and conditions. In fact, we have some of the most skilled doctors in the world.

But when you’re older and recovering from a serious illness, your options are usually to go home, or go to a skilled nursing facility – where staff can provide physical or occupational therapy, administer IVs and perform other functions requiring a registered nurse.

During this time, she spent nearly six months moving back and forth between the hospital and skilled nursing. In January of 2006, I moved Mom from San Diego to Orange County. She graduated from skilled nursing and was on her way to assisted living.

When Mom arrived in assisted living, she could not stand or walk and required a 24-hour caregiver. She could not eat or drink on her own and was in a deep state of depression.

While I found much advice on medical conditions and treatment, I found virtually nothing on understanding assisted living. Sure, there were some Websites that taught you the basics, like “make sure a nurse is on duty” or “make sure the kitchen is clean.” But this is my mom and I wanted far better for her. I wasn’t putting her away; I was playing a key role in her recovery.

Because of the lessons I learned – and a lot of hard work on the part of my mother – she is doing very well. In fact, we’ve become very close friends. She walks with a walker; her memories are clear and vibrant. She has a circle of friends and a packed calendar.

She even made it to my wedding. And she looked beautiful. I cried. They say your wedding toast is one of the most important speaking opportunities you’ll ever have. And I consider myself to be a good public speaker, routinely speaking at tradeshows and other events. But when I looked into the crowd and saw my mother smiling, I fell apart.

The joy I felt at seeing her on that special day was overwhelming. So was my commitment to her continued well being. It was my clear intention that she be given every opportunity in her assisted living situation to thrive, to grow, and to be fulfilled.

Recall the statistics at the beginning of the chapter. While I was shocked these numbers were so high, I completely agree. I did some homework. In an informal study of about 40 people, I sensed an almost inevitability about needing assisted living. I also found that financial issues and quality of care topped the list of concerns for both Baby Boomers and their children.

I followed up my informal study with a formal study of nearly 200 families. The Assisted Living Family Attitude and Preparedness Report showed that 75% of respondents believed a friend or family member would soon require assisted living. The report is free to anyone who wants to read it and can be accessed at the link above.

My goal is to share with you some of what I learned through my journey. My hope is that these lessons can make it easier for you and your mom, dad, relative or loved one. I assume you’re reading this blog because you or a loved is considering assisted living. Since you likely haven’t gone through it before, the decisions can be overwhelming. I’ve written this blog to help you make more informed decisions, and to be calm in what is likely to be an emotional storm. I sincerely hope I can help you avoid some of the pitfalls of learning the assisted living ropes.

While a move to assisted living may initially be seen as negative, I know first- hand that with some careful and thoughtful planning, you can make it a huge positive for all concerned. Over the last several years, my relationship with my mother has strengthened. She has become one of my best friends and an integral part of my life.

I hope you enjoy reading this blog and that I’m able to somehow make your journey a bit easier. 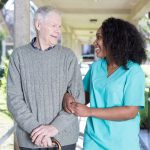 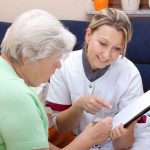